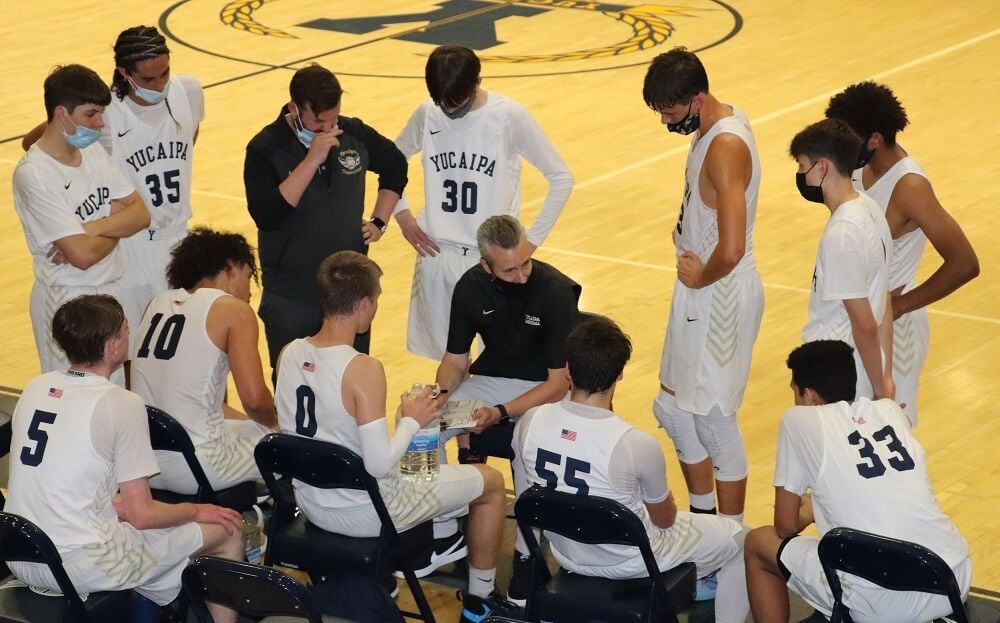 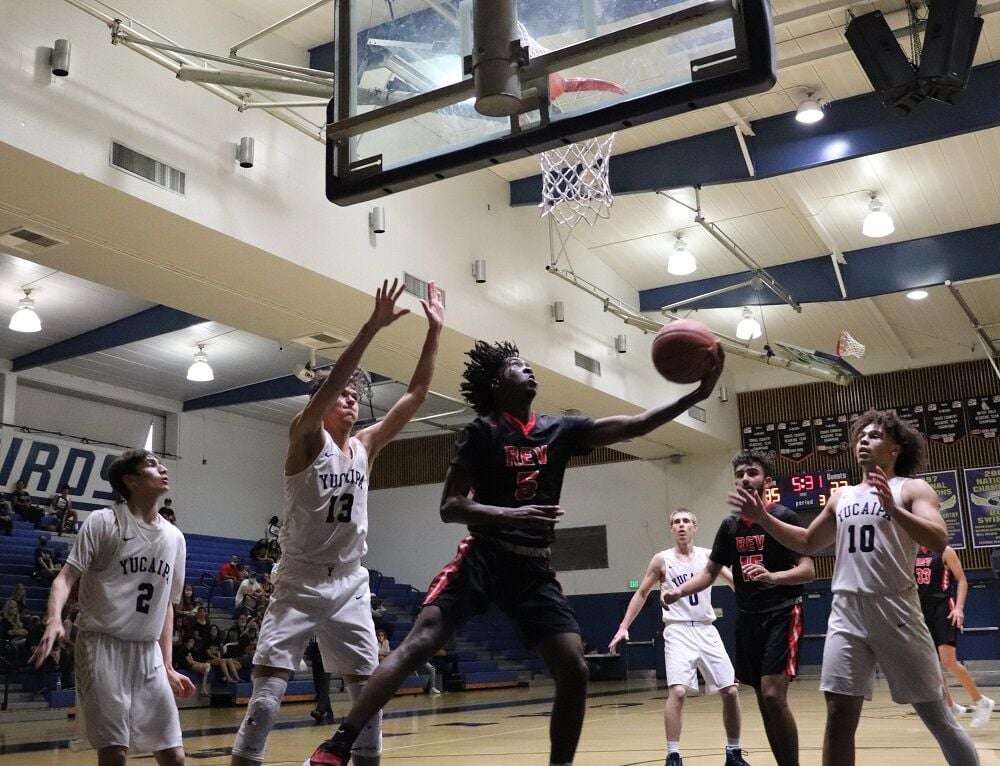 YUCAIPA – The strategy of the Yucaipa High basketball team was not complicated. It spread the floor on offense, left the middle open for forward Jonathan Stradford, and then let Stradford drive to the basket for shots or dish it to open teammates.

The tactic worked like a charm as the Thunderbirds defeated Redlands East Valley 65-55 on Tuesday, May 18 in a Citrus Belt League game.

“John had a hip advantage on their ball defender, and we had a double gap for him and let him read what the situation was and either shoot or feed the ball,” Yucaipa coach James Simpson said.

REV coach Bill Berich saw plenty of Stradford driving the lane during a first quarter when Yucaipa bolted to a 12-0 lead and led 18-3 after eight minutes.

“That Jonathan, No. 10, is a tough kid and he’s very good,” Berich said. “But they’re good shooters, so we couldn’t play off our men too much (to help out on Stradford).

Yucaipa led 50-42 with 5:35 left in the game and got two free throws from Joaquin, a basket by Stradford and a layup by Carpenter to balloon their advantage to 14 points with 3:12 left. REV (9-3 overall, 7-3 league) kept hustling and scoring behind Da Sean Stevens (game-high 29 points) but could never catch up to the Thunderbirds (6-9, 5-5).

“It was our defense,” Joaquin said. “We played hard on defense and it led to layups at the other end.”

Stevens, besides his 29 points, had 10 rebounds and four assists for REV. He made 11 of 22 shots from the field, mostly on drives.

Ashir Shaw chipped in with nine points for REV and Darrell Green Jr. had seven points.

Yucaipa followed its victory against REV with a disappointing 57-52 loss to Redlands in the last game for Terriers’ coach Ted Berry who is retiring from the position.