Public’s help is needed in locating Walter “Riccey” Paschal of Yucaipa, a $300,000 arrest warrant has been issued 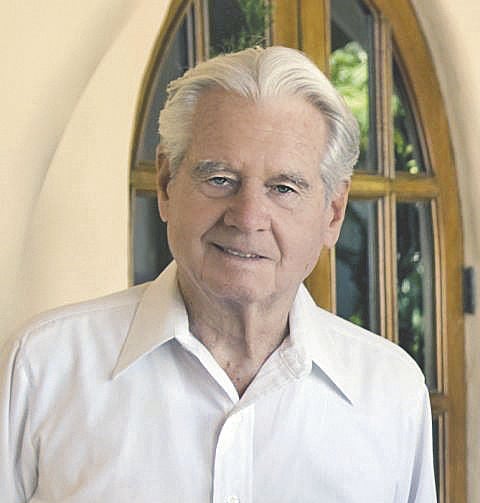 Leroy Hansberger in the early 2000s. 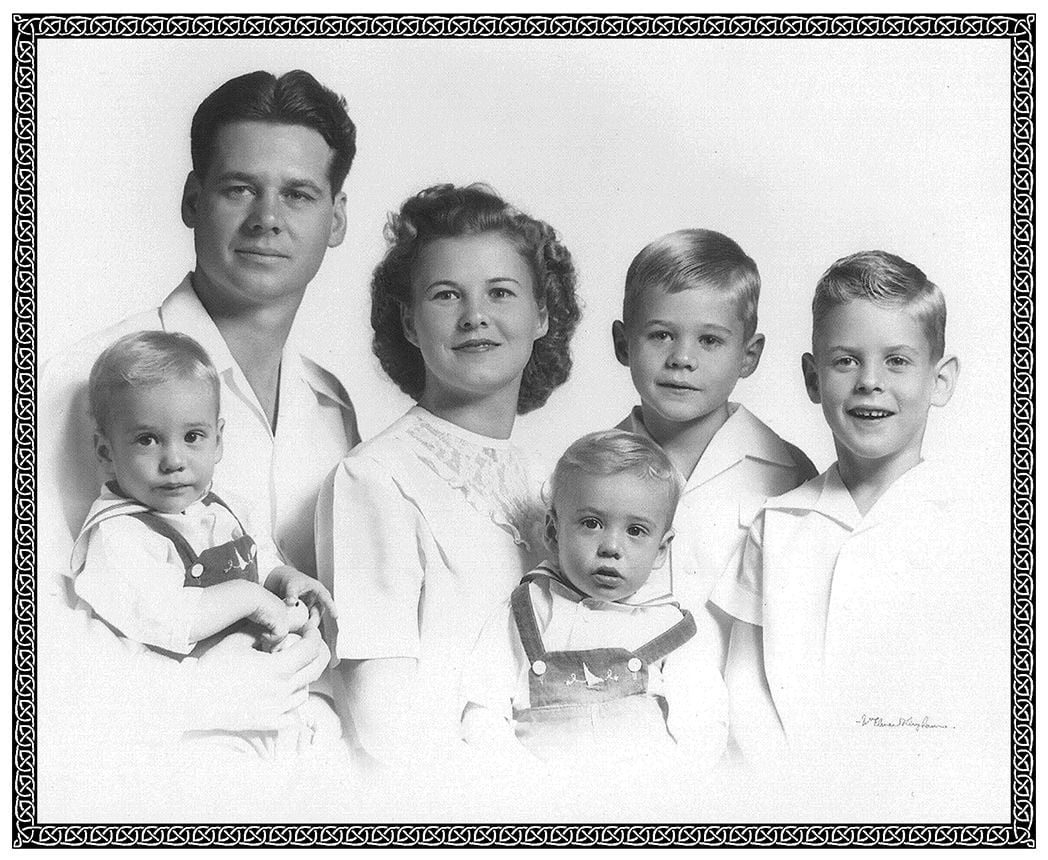 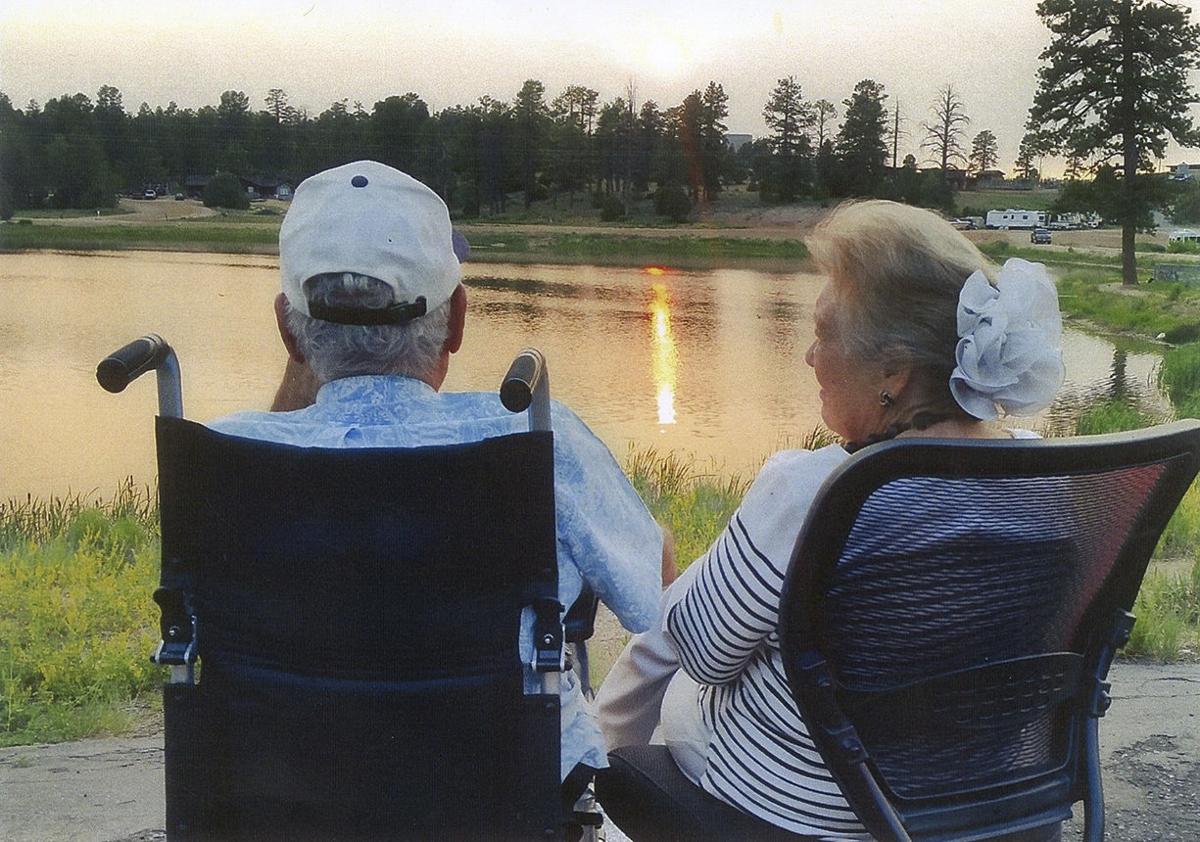 Leroy Hansberger in the early 2000s.

A great influential mover of his time, Sidney Leroy Hansberger would have turned 100 on Sept. 12. Sadly, he passed away July 5, but not before leaving an indelible mark on the Yucaipa Valley and surrounding area. Over the past century, the entrepreneur owned several successful businesses, hundreds of acres of land and developed even more in areas of Oak Glen, Yucaipa and Redlands. He also worked on commissions, boards and service organizations. Perhaps most importantly, he was a family man.

“With four sons and their wives, and eventually 13 grandchildren, Mom and Pop had a king-sized family. We packed into whatever space was available, indoors or out, and celebrated holidays, birthdays, Sunday afternoon football, or any other occasion that gave us a reason to get together. You’d think the burden was on the women to feed everyone, but no, the men in the family weren’t afraid to get into the kitchen, and that included Pop. He didn’t just carve the holiday turkey or man the barbecue; he could prepare a mouth-watering antipasto tray, or slow-cook his latest chili concoction. He even experimented with baking bread…and succeeded, of course,” said his daughter-in-law Sheila Hansberger.

The word entrepreneur describes Hansberger well. He came from nothing and at 13 years old, drove and owned a car and eventually made a name for himself in the Yucaipa-Redlands area and beyond. He was born on Sept. 12, 1918, in Los Angeles. His early childhood was spent in Santa Monica where his mother Irma Lee Hansberger and stepfather Arthur Fagg moved to Yucaipa Valley to try their hand at apple ranching.

In the 1930s, when Hansberger was just 12 years old, his family moved to a modest ranch on Third Street. He said walnuts were planted in the Dunlap area at that time, but apple farming was the way to go.

“Expansion of that was one of the most disastrous situations that farmers of apples got into,” said Hansberger recalling the deadly coddling moth in an interview before his death. “To control the coddling moth, we used lead arsenic as a spray to kill them. Within half an hour to an hour, the crew and the horses would turn white, eight to 10 hours while they sprayed. It would kill the coddling moth’s deposit of eggs within the apple, otherwise the apple was ruined the apple for cider, canning, or other commercial purposes.”

That continued for two to three years, until the cost was more than the benefit of selling it. It became the first big transition in the farming trend, according to Hansberger. Other deciduous fruit trees were planted such as peaches and plums, which were not connected to the coddling moth. Tomatoes were also planted for canneries and had an immediate return. The fruit would go to Los Angeles and other heavily populated cities.

Hansberger remembered many details about the agricultural heyday of the time.

“Boxing matches occurred every Friday or Saturday night, the action took place between the local people,” said Hansberger, who was more a spectator than a participant.

“We lived on a regular farm, riding horses,” he said. “We had no tractors in those days. I had to take care of the cow, milk it morning and night. I had to take care of 25 hutches of rabbits we kept on the farm, which were used for commercial sales. There were two to three restaurants in town that I sold rabbit to .”

Hansberger picked fruit, made deliveries for Sawyer’s Market and eventually bought himself a 1934 Ford Coupe. .

“When I was young my family charged up food,” he recalled. “I had to work for Dunham’s (corner of California Street and Yucaipa Boulevard, across the street from the hotel) to pay the grocery bill. It was the largest store in town.”

“Mr. Davis, here in town, had a contract to deliver the San Bernardino Sun in Redlands and Yucaipa,” recalled Hansberger. “When he needed time off, I delivered those papers. The total route was 110 miles long and started at 2 a.m. From Redlands Feed and Fuel, I went into the north part of Redlands, Crafton, Mentone, and all of Yucaipa Valley to Cherry Valley Road. On weekdays, there were 400 papers and on weekends there were 500 papers, and it took four to five hours to do so. I was paid $6 per day to deliver that route. I was 14 to 17 years old.”

“I was anxious to get out and get into the world. The day that I graduated from high school, I traded the Ford Coupe for a 1935 Chevrolet truck. From that day forward, I was generally in business for myself.”

This was also the time when Hansberger met the love of his life, Helen Crilly.

“I acquired a girlfriend at a football game and two years later married her,” he said with a smile.

The couple had four sons together, David, Dennis, Doug, and Don.

From 1939 to 1949, Hansberger worked, and then later owned a trucking business. Hansberger and his partner bought Tri City Concrete and Tri City Rock Company, located in Redlands.

Hansberger remained active in other business and political pursuits.

“From 1950 to 1970, I was involved in activities with San Bernardino County and Riverside County,” he said. “I still remained active in Yucaipa. Our kids went to both Yucaipa and Redlands schools at the time. Yucaipa area, until 1980s, was controlled by Redlands School District.”

In fact, Hansberger was one of several influential men who spearheaded the Yucaipa Parks and Recreation District.

The Hansberger family moved from Outer Highway in 1954 to Redlands and ultimately moved to the golf course area in 1975-76, where he remained.

“But all that time I was active in county affairs and development. I was active in San Bernardino major business communities,” he said. “Our goal was to support any type of good commercial or industrial business.”

Hansberger was proud of all his children. “They were great boys. My son Dennis Hansberger was elected to the office of supervisor and did so for about 12 years.”

Among other land purchases, he bought 140 acres of land in scenic Oak Glen. He said he had some good memories of that time but bought it more as an investment property.

His son David and wife Sheila purchased and ran the property in the mid-1970s. The couple eventually sold it in 1988.

“Parrish and Wilshire were the two oldest growers in the Oak Glen area at that time,” said Hansberger. “In addition to them, there was Mr. Silverwood (raised in Oak Glen) who had Silverwood Lake named after him at a later period of his life. Alex Law was not only into apple products, he ran the most famous of the local restaurants.”

Ultimately Hansberger gifted 40 acres of the Oak Glen land to the University of Redlands.

Hansberger developed Rolling Hills at a time when Yucaipa had not yet incorporated as a city. He said he was proud of the completed construction.

“When the first big surge of housing began in Yucaipa in the 1970s and 1980s, I became interested and involved,” he said. “I bought a portion of the old Martin Ranch and ultimately subdivided it into the project known as Rolling Hills. During that time I built commercial land for rental properties throughout the valley.”

In his free time, Hansberger enjoyed boating and spending time in Mexico, Canada and Alaska. He was an avid golfer, as well.

“I became very, very interested in small craft boating and fishing. Visiting Alaska Canada, California and Mexico- I did lots of boating for fishing purposes. Boating for travel and exploration purposes with my wife and kids. For 30 years I became involved in the Sea of Cortez area, Baja.”

Spending much time at the Redlands Country Club, he played golf well into his late 90s and taught his grandchildren and great-grandchildren to play over the years.

He was honored at the country club for being a member since the 1960s.

Hansberger lost his wife in 2012 and although he was heartbroken, he continued to be active in the community and with his family.

It was at this point he met Caecilia Johns, whom he traveled with and spent time with for the last five years of his life. Johns said he had an enthusiasm and zest for life.

“He was always ready to go somewhere,” said Johns. “Even if it was looking at wildflowers or pointing out old real estate deals he was involved with years ago. We had such a great time together.”

Over the years, Hansberger served on multiple service organizations and boards in both Redlands and Yucaipa. He played a significant role in the development of Ford Park in Redlands among other significant landmarks in Redlands.

Hansberger was, according to his oldest living son Dennis, a hometown legend.

“My dad was a person who had been head of the household since he was 11 years old. He was self reliant and lived his life unafraid of everything he took on,” said Dennis. “Later on (in his life) he took on the history of Yucaipa and he would have liked to finish his work on the Dunlap area. He had an amazing view of the community. He loved the community.”