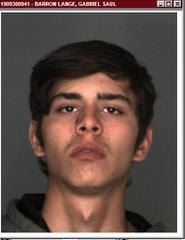 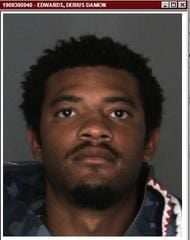 Deputies responded to a call of an assault with a deadly weapon on Sept. 25 around 7 pm. reported to have occurred near Center Park in Yucaipa, corners of First Street and Avenue C. Investigation revealed the victims, a female and male Yucaipa resident, were walking near the park when they were confronted by Derius Edwards, 21, and Gabriel Barron Lange, 18, both of whom are transients known to frequent Center Park. During the confrontation, the suspects assaulted the victim's using a skateboard and a shovel as weapons. One of the suspects also brandished a black handgun and made threats towards the victims.

The suspects fled the area before deputies arrived. One victim received a serious laceration to the arm in the attack. An intensive investigation and search for the suspects followed, but they remain outstanding at this time.

On the morning of Sept. 27, felony arrests warrants were obtained for both suspects charging them with assault with a deadly weapon and criminal threats. The suspects are known to frequent the uptown area of Yucaipa.

Anyone who knows the whereabouts of the suspects or has information regarding this investigation is encouraged to contact Deputy Shelton of the Yucaipa Sheriff’s Station at 918-2005. Callers wishing to remain anonymous are urged to call the We-Tip Hotline at 1-800-78-CRIME (27463) or you may leave information on the We-Tip Hotline at www.wetip.com.