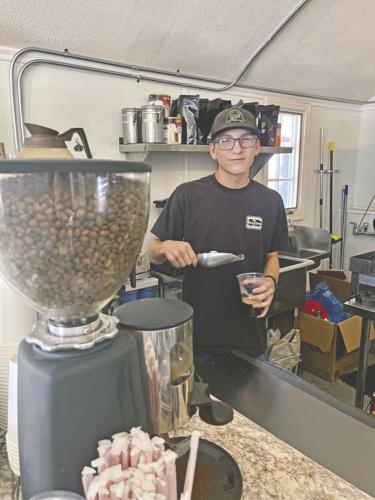 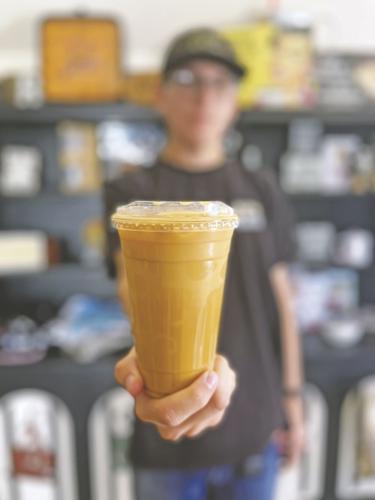 From its locally sourced coffee beans to pastries, merchandise and even its owner Julie Ornelas, all are native to Yucaipa at Jitters Coffee House.

One element that genuinely separates Jitters from other mom-and-pop coffee shops is its connection to music and its nearly five-star rating on Yelp and Google, with many mentions of its cozy outdoor patio area and friendly service.

“When I was in high school in the 90s, my friends and I would hang out at local coffee shops, especially coffee shops that played live music,” said Ornelas. “So when I opened Jitters (which was at the cusp of the COVID-19 pandemic in February 2020), I wanted to incorporate a live music vibe, but at the time, I didn’t know how to go about it until a customer walked in one day.”

That customer happened to be another Yucaipa native, Jake Langford, who was back in town, while on a break from college.

“Jake walked in one day and asked if we ever play live music. After hearing about his background in music, I told him to give it a go and be the first. He came with a microphone and a guitar and brought in over 60 customers,” continued Ornelas.

As the months went on, the live music became much more frequent and eventually turned into a momentous Jitter Jam -Battle of the Bands, recently held at the Yucaipa Performing Arts Center on June 11.

“It was a five-hour set split up amongst 15 different bands,” said Ornelas. “One of the bands that performed at Jitter Jam even got signed to a record label when a label executive happened to be in the audience that night. I can’t say which band or who the label is because I don’t believe it has been publicly announced yet.”

Aside from the music and its spectacularly cozy indoor and outdoor space (equipped with almost lightyear speed Wi-Fi) is its coffee.

“One of our most popular drinks is our honey cinnamon latte. That signature is created with real honey, cinnamon, milk of choice and espresso,” said Ornelas. The coffee house also carries an assortment of pastries, like homemade cake pops, muffins, cookies, scones and its cooked to order waffle bites.

“Some of our most popular food items include our build your sandwiches. I recommend a jalapeno bagel, stacked with ham or turkey and pepper Jack cheese before popping it into the oven and topping with cucumbers and sriracha mayonnaise,” Ornelas said.

From the perspective of a small business owner, she says to conduct as much research as you can when in the development phase and to expect the unexpected.

“I love Yucaipa, and the small-town feel the city brings; it’s a community. Since Jitters Coffee House has been operating, we’ve had the opportunity to connect with a handful of other small business owners,” said Ornelas.

Jitters Coffee House is scheduled to host live music on the third Saturday in July and every Saturday in August. The coffee house is located at 12059 First St., Yucaipa. For more information, call 1-909-372-1043.

What is your favorite heat wave activity?

As the Yucaipa-Calimesa area is facing a major heat wave, we wanted to ask our Yucaipa-Calimesa News Mirror readers what their favorite way to stay cool is! Please select your favorite heat wave activity, and don't forget to share this poll with your friends and family.