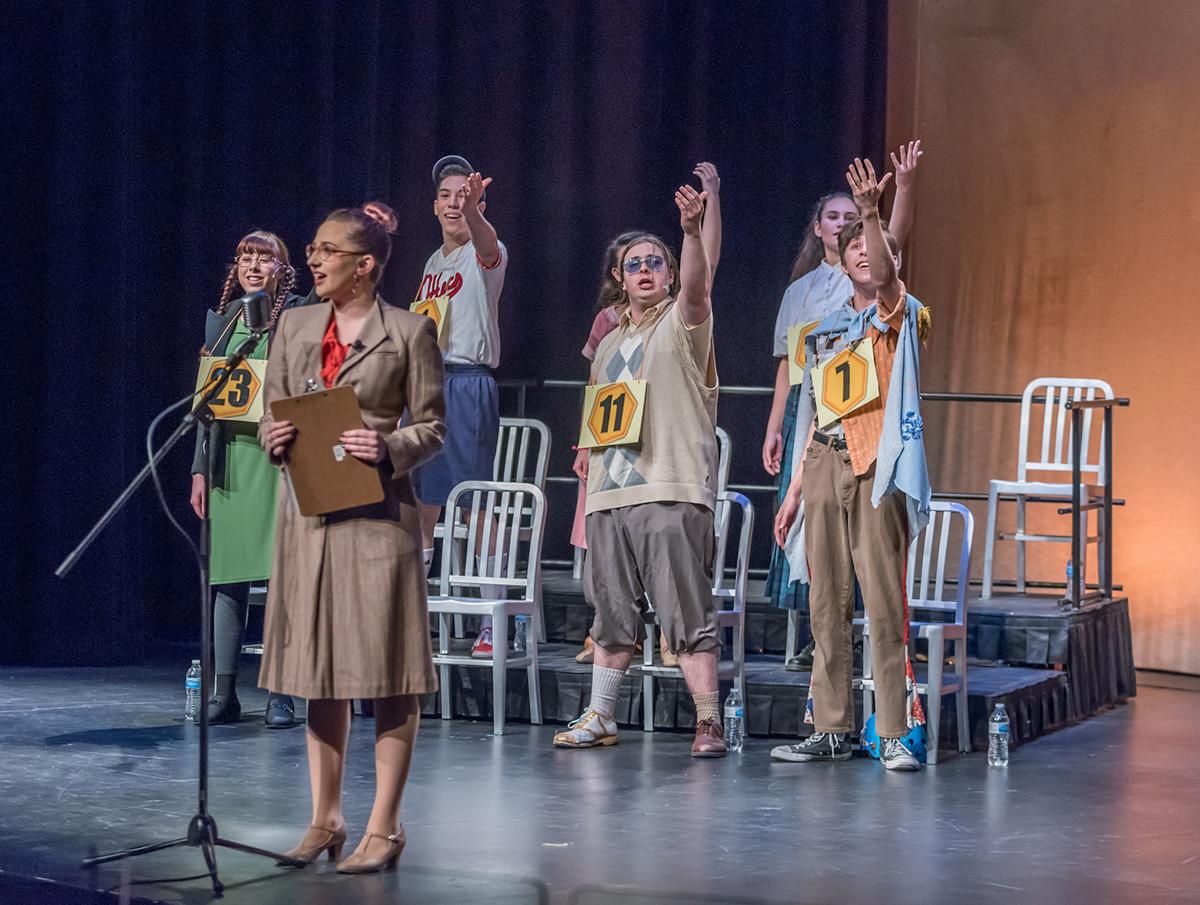 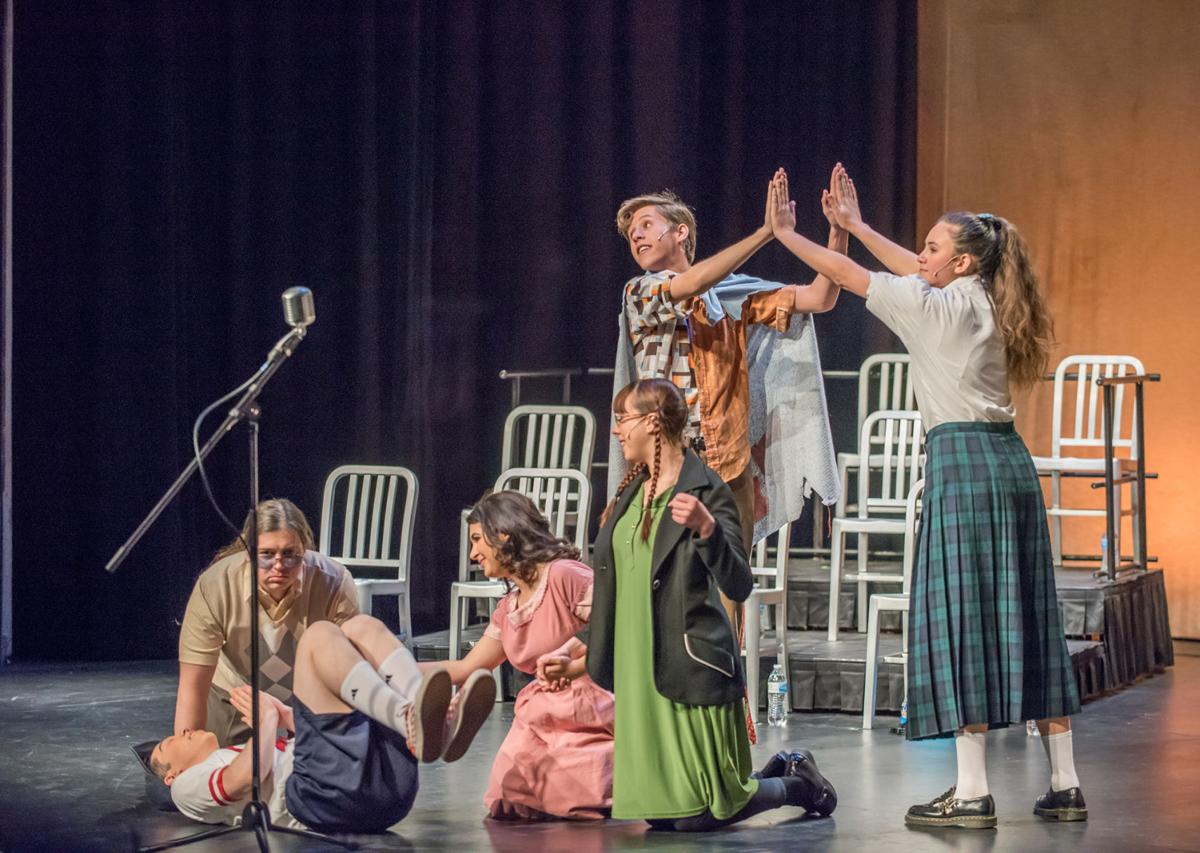 The cast performs a number from the show. 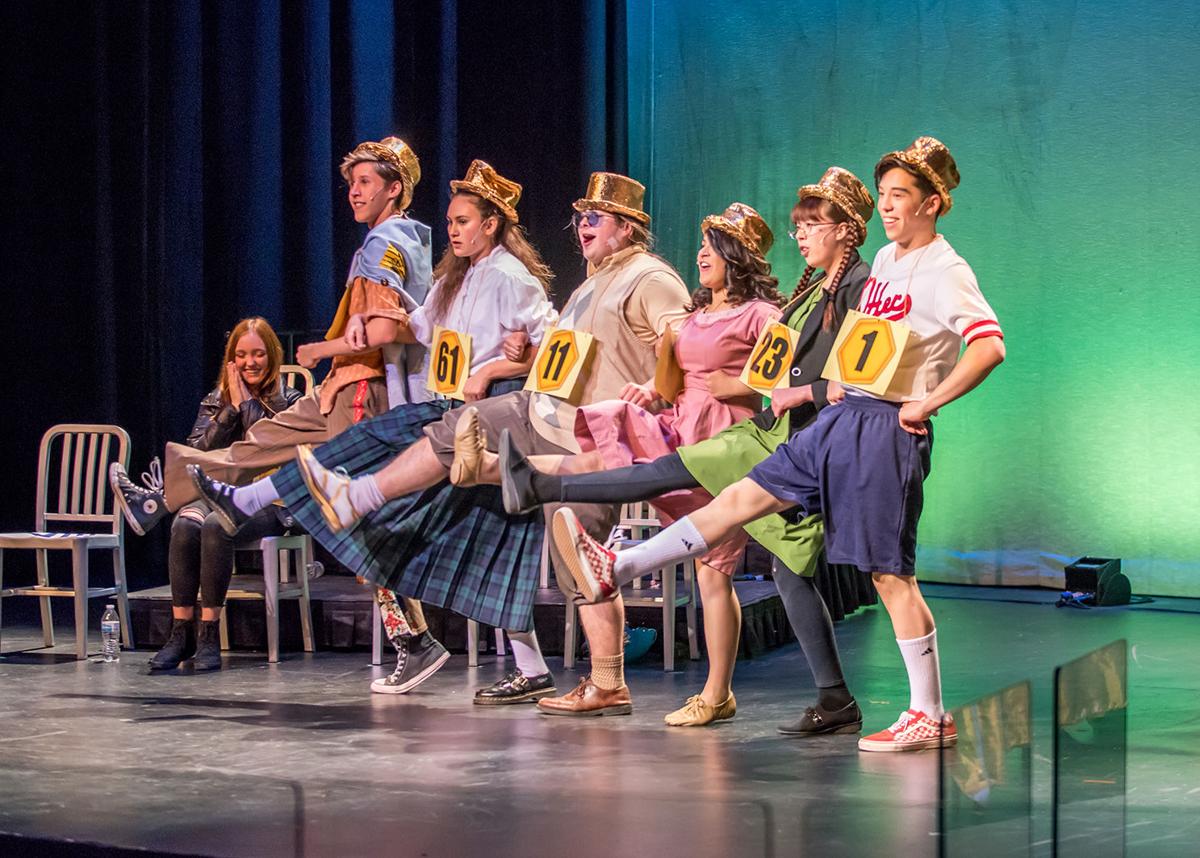 The participants of the "Bee" go full kick-line.

The cast performs a number from the show.

The participants of the "Bee" go full kick-line.

“The 25th Annual Putnam County Spelling Bee” is a show that tells the story of well, a spelling bee. The story is about an eclectic group of six mid-pubescents vying for the spelling championship of a lifetime.

As the contestants spell during the competition, they hope never to hear the soul-crushing, “ding” of the bell that signals a spelling mistake, and being sent packing with a juice box. The contestants also candidly disclose hilarious and touching stories from their home lives.

Crafton Hills Theatre Department has put together a great production and Paul Jacques has directed a quick-paced fun-packed show for the audience to enjoy, and the scenic design by Curtis Norby, was simple, but did what it needed to establish the location. Music direction duties were handled well by Mark Dennis McConnell.

Strong performances were given by several of the students. Jackson Nagata almost brought the house down when he sang about his unfortunate bodily function, as Chip Tolentino.  Kobe Darby’s comedic timing was spot on as the lovable Leaf Coneybear.  Isabella Spelman brought a strong vocal performance to the stage in the role of Olive Ostrovsky, and Kevin Evans was on point with his portrayal of William Barfee.

Members of the audience also competed in the bee, with a couple making it past round one.

What do you miss most during this stay-at-home period?

Photo of the week

Photo of the week

Would you like to receive our Breaking News updates? Signup today!