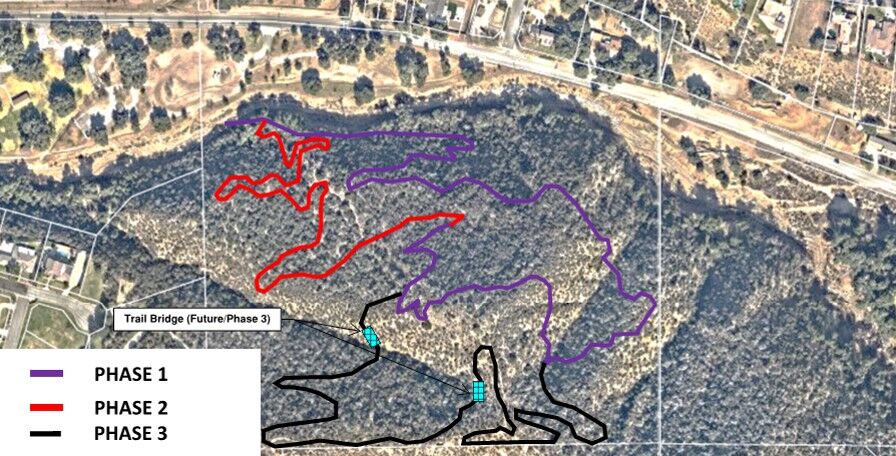 Two of the three mountain bike trails are complete and ready for riders. 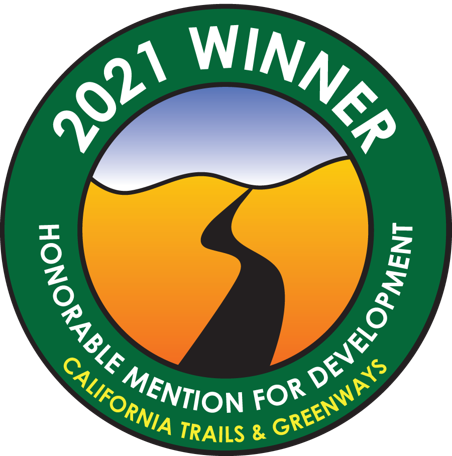 Two of the three mountain bike trails are complete and ready for riders.

At the Yucaipa City Council meeting on Aug. 9, Public Works Analyst Todd Gutjahr and Director of Development Services/City Engineer Fermin Preciado presented the Phase I and Phase II of Wildwood Mountain Bike Trail Project to council asking to accept the contract work for the two phases that is now completed.

city of Yucaipa’s Trails and Open Space Committee created the Mountain Bike Track Ad-Hoc Committee to research the possibility of developing a mountain bike trail in the city of Yucaipa.”

Potential suitable locations were presented in January of 2017 and in February, the committee recommended an area east of Wildwood Park as an ideal location for a mountain bike trail.

The ideal location was presented to city staff in February 2017 and the project was identified as a single-track mountain bike trail proposed to be located on 33 acres, owned by the city, which would include features such as bermed turns, rollers, jumps and alternate mount

ain bike technical trail features such as rock drops and rock gardens. The proposed climbing route would be from the east end and the downhill route would be at the west end.

In January 2021, the committee nominated the project for a Merit Award from the 2021 California State Parks Trails and Greenways Program. This program was developed to provide high-quality education and networking opportunities for urban, rural and backcountry trail professionals. The project was awarded an Honorable Mention Award under the new project development category. A plaque was presented to the committee and will be displayed in the lobby at city hall.

Construction of Phase I began on Feb. 22, 2021. “The trail was modified from the original concept and the entrance will be located a little further east of Wildwood Canyon Road, as right before construction some of the hillside slope had deteriorated and slid due to recent rains. The contractor was unable to do anything with that property as it was just basically a sheer cliff right down into the drainage,” said Gutjahr.

Also while the contractor was removing brush, he experienced areas that could not be manipulated therefore some immediate changes were made to the project. All three phases of the bike trail will be over approximately 2 miles.

On March 22, council awarded Bellfree Contractors for Phase II of the project. Due to a prearranged construction schedule, the contractor was able to complete Phase I and then proceed directly into Phase II of the project. “The approved budget for both phases was in the amount of $88,000. The actual cost to complete Phase I and Phase II is $86,950 so there is sufficient funding available to accommodate staff’s recommendation tonight,” said Preciado.

The remaining $1,050 will be reserved for the construction of Phase III of the project and is expected to cost approximately $70,000. “Staff will continue to work with the Trails and Open Space committee to seek additional funding to complete Phase III and that will include fundraising, additional donations and grant funding as those opportunities arise,” said Preciado.

Preciado mentioned the grand opening and ribbon cutting of the Wildwood Mountain Bike Trail for the community will be held Sat., Aug. 14 at 8:30 a.m. at Wildwood City Park, 36699 Wildwood Cyn. Rd.

Councilmember David Avila said, “I would like to say this is just another one of our Quality of Life projects.”

Alvila continued with, “This is what Yucaipa strives to do. We have the festivals. We have the open space, our parks and this is just another addition along with our horse trails and hiking trails and now we have bicycle trails. That is what makes Yucaipa so great. It is so wonderful that we have these opportunities for everybody, citizens and visitors alike. Good job. Thank you very much.”

Mayor Greg Bogh said, “I actually go mountain biking a couple of times a week and if you go out behind Crafton Hills, any time you’ll see there are a lot of people out there mountain biking, cruising around and it is a lot of fun back there.

Bogh continued with, “It is really good for the kids too. The high school has a mountain bike team and that is a good way to keep the youth active.”

Bogh told Gutjahr that he would be waiting for him out on the bike trails.

How will you celebrate Labor Day?